off on a road test of my new Anlas front tire. To Inuvik and back should do it.

Hey Wayne, that was a great ride, glad you came along. looking forward to your ride report
M

Oi Wayne. Did the tire meet expectations?
Any thought on the Anlas Capra-X rear?

thx for that.
Reese it may be time for that coffee.

I was a late add to a group headed to Inuvik and with the bike theoretically prepped for another trip all I needed was tires. Due to availability and time constraints I ended up with a front Anlas Capra 90/90/21 tire and a Kenda K270 rear to be installed in Whitehorse, hopefully..

The inevitable "before" picture.

Mark and myself headed out on time (we waited for you) with a mission of (New) Hazelton 950k away which would set us up well for a rendezvous with the 4 others somewhere along the Cassiar Hwy. the next day. First impression with Anlas was a crazy amount of turn-in compared to the much cheaper and open knobbed K270. The Anlas feels smoother and being a 90/90 was much more planted, at least on pavement.
On a sunny clear sky day in Williams Lake, the klR looks muy pequino compared to the 1190R.

there was a little road construction west of PF'nG thankfully not much stop time.

Arrived In Hazelton to catch the last of the evening sun and grabbed a room at Robbers Roost where all bikers receive a complimentary beverage, thank you very much. Nice folks good rooms and much better than setting camp in the dark.

Our breakfast spot really had their business pick up after they changed the name of the place.

The start of the Stuart Cassiar and the first thousand K's on the Anlas. Most of the center little rubber nubby things are still intact.

The chase was now on to catch the boys, who are it would turn out approx. 20 mins ahead of us, the meet up is Bell II. I have said before that the cassiar is the most scenic hwy in BC and with the exception of the butt ugly hydro towers (which there are zero pictures of), it still is.

The rider count is now 6 with the meet-up with Roggy Les Jeff and Ryan.
Four long legged kTm's a strom 1000, and Rodney, a bike that Mark keeps saying sounds like it's only running on one cylinder.

Headed north towards Dease Lake on a cool day that was starting to get colder and wetter, we racked up some miles. Up ahead I saw this big guy and just eased the throttle and stayed steady so not to spook the bear as the whole group is just behind me, and the bear stood still. What I didn't see was that Mark had slowed and as the bear posed for a picture, Ryan blasted past between the two and off went the bear.

The day turned south as we went north and as we arrived in Dease Lake for fuel we had just finished passing thru what was trying to be, snow. The layers of clothing and hotted up grips and vests made for an easy decision of staying the night and calling the day a little early.
More than a few riders called it a night here. In this pic. can you spot the sheep in wolfs clothing?

a little closer, whats this, a klr under a cover huddled among the Bmw's.

closer yet. The cover proves to be a "cutequeen" fly from a tent, not a bike cover at all, makes sense now.

The weather in the morning was just fine, a bit cloudy but was supposed to soon get better. Taking advantage of the rare moment that I was first to get ready, I scooted off a good jump ahead of the pack that would soon enuf track me down.
Just over a half hour later, the led eyes of the first Austrian dog appeared on the horizon in my mirror. The chase was ending.

no, they certainly are not.

Mark figured the bike should be named KilLeR, and later that day it was likely accurate as evidenced by the feathers on the front wheel.

might as well stop today's post here at the Yukon border a tick over a day and a half from Kamloops. Next off to whitehorse then dawson, for the shortest night of the year.

A short ride later into the Yukon we arrived in Watson Lake and stopped for some photos at the sign forest then lunch.

the Merritt boys posing in front of their sign.

and still a long ways from Whitehorse.

2 thou kms and no visible wear at the Teslin bridge.

sandy bits as we rode thru carcross on the way to whitehorse.

at close to 12;30am after Ryan finished getting the gunk out of his fuel tank and unclogging the filter.

the boys headed off to the states for the trip from skagway to haines which left me to change the bald tire for a new one, then make camp for the night.

now thats getting the most out of a tire.

with the day to myself I wandered around to take some tourist pics.

broke camp the next day and was off to Dawson city. Would have another night to myself before the group gets back good time for more pics. This camera crew was shooting for the Yukon Gold "reality" show. It appeared they were lashing an emergency rope to the loader and to the powered barge beached on the shore, though it appeared the barge would actually need assistance to get off of the beach the rope was pure television.

this was the first chance to have the Anlas tire in the dirt and it certainly didn't disappoint. Deliberate attempts to make the front end get out of shape was easily corrected with a little throttle and countersteer.

In case you forget you are in chicken there is a 50 foot tall, chicken.

the chicken creek cafe has really terrific food! and lots of baked goods a nice surprise in the middle of nowhere.

nice to have company with lunch.

after regrouping with the 4 others I arrived back in Dawson first and had the good timing to arrive just after a terrific storm. The streets were flooded and the hail had whitened the hills.

original bldgs. settling into the permafrost.

It aint easy being green? the greenest Kawasaki you are likely ever to see.

as the boys had camped in the rain the night before all the tents were laid out to dry at the Bunkhouse.

Diamond toothed gerties on the longest day shortest night of the year.

there was a shuttle running up and down to "the dome" where you could watch the sun fall and kiss the horizon before heading back up again. This is 2am.

the rig that was hauling this hack was a one of homebuilt Hummer looking truck that was actually a toyota with a camper unit built on the back, the bmw hack got its own trailer.

and the dog gets his own seat.

at almost 4 am, luckily tomorrow, I mean today is a day off.

we had heard that the Dempster had been closed due to fires, and this fire was burning just out of town. The best plan was to leave early in the day to get past the fires (presuming the road is open) before they flare up in the midday.

The Merritt boys had a plan to only go as far as Eagle Plains tomorrow with Mark and myself planning on running all the way to Inuvik. Getting an early 730 start we waved bye to the boys, and would not see them again for the duration of the trip. By the time they arrived at the fire zone the road was closed and we were long gone.
Next post the dempster, Keno sign post and more.

sorry, ive lost the ability to post pics. and without them it's just yakkity yak.

Staff member
I just managed to upload some - something has changed with the forum and the old way of uploading pics to your profile albums doesn't seem to work. I went into the photo gallery, my albums, created an album, and uploaded pics to it. From there you can get the embed code for your post. I am however now having the line feed issues which is new to me.

Using either the album or managing attachments in a post or reply, all I get is this and thing up up the blue question mark just keeps spinning for ever. Photobucket just changed there hosting so I've dumped them and signed up for FREE at https://imgbb.com/ and you can post HTML IMG links directly into a post or reply like this. 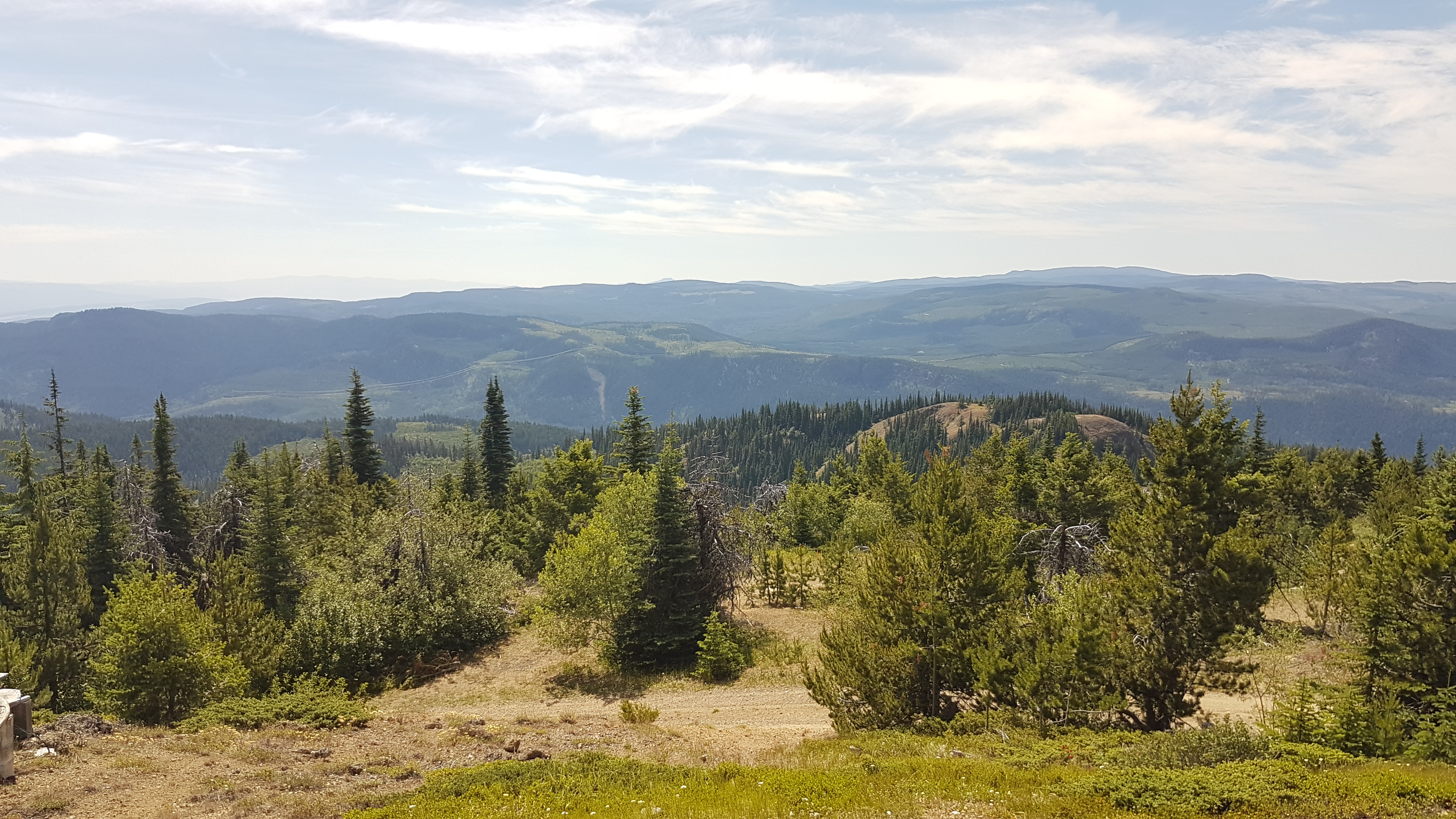 . This is a picture from this year's Loose Screw C+.Of course I still have the run on sentence, no CR/LF problem...

FYI. The run on sentence can be fixed by adding the following after each paragraph minus the spaces.

Pix can be shown by adding the following around the picture minus the spaces [ img ] picture. jpg [ /img ]

Staff member
Mr Wayne, your frustrations are not going unheard. Finding a solution is harder than what you would think.T

Staff member
Mr o4 I am glad to see your photos in your posts made it over to the new site, it was something that we talked a lot about as we were told they would be' lost links" and wrong format etc etc. However you will have to learn how to insert pictures all over again for this new software. I know its been a slow process and seems like we are moving at a snail's pace, but we will get there yet 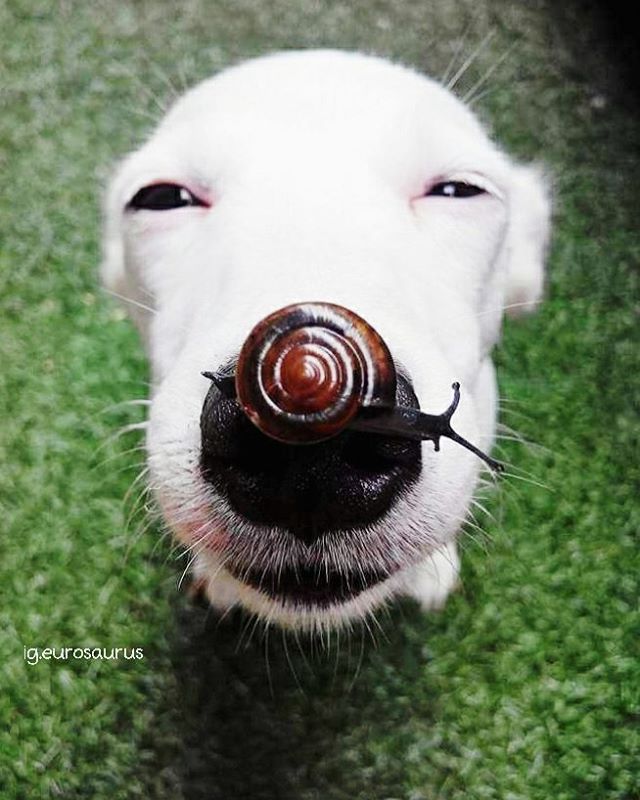 Hey Tom, it's looking like all the hard work of site reformatting is coming together, big job. thx.
I am being told that I can't (yet) upload jpg, which is true, because I can't. yet.
perhaps I need to use a 3rd party host?
Last edited: Sep 7, 2017

this is one of the four available pics in my albums, and now that I've figured the sizing, I cant delete the thumbnail. next time.
Last edited: Sep 7, 2017

04klr said:
this is one of the four available pics in my albums, and now that I've figured the sizing, I cant delete the thumbnail. next time.
Click to expand...

I will take a look to see why you cant edit your posts, I know this was a problem with the old software and hopefully we can get this solved T